Which Vinyl Records Should you have Encapsulated?

We know what you're doing. You're looking at your collection, wondering if you have any vinyl records worth getting encapsulated. Our answer is, "Do records have grooves?" YES! Of course, you have something that can get 'slabbed,' but which ones? And how many?

In this article, we will show you some of the records you should consider having encapsulated and outline some of the features and characteristics to look out for. Please note: We want to make it clear, there are no rules! Seriously, we love vinyl, so if the type of record that you love isn't on this list, don't sweat it! If you want to slab it, go for it!

Sealed records have been a controversial topic within the vinyl community. But let's face it, vintage records that are sealed are becoming more and more scarce, partly because of the influence to open them. We're not judging. They're your records and you can open them or keep them sealed. As long as whatever it is you're doing brings you enjoyment in collecting records, that is what makes us happy!

From a collectibles perspective though, vintage sealed records are getting harder to find, making them much more appealing, and much more collectible. 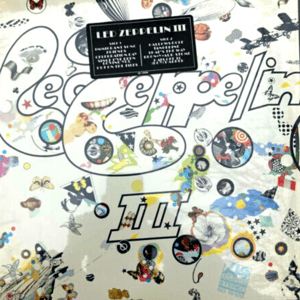 Here is what to look for:

Look for sealed vintage first pressings or early pressings. With vinyl records, not all of them feature hallmarks on the outside covers that tell us exactly which version the record is; however, the earlier, the better. You want the seal to be as clean as possible, the corners should be as sharp as possible and visible creases in the record jacket should be minimal. There shouldn't be excessive dirt or mold under the shrink wrapping.

It is much more difficult to find a mint sealed copy of an early record. However, we will grade it accordingly.

Vintage vinyl is... well... vintage. There is a finite number of them. Many were played to death,  others were destroyed in rock & roll protests, and many were sent to the dump because vinyl was a "dead" format. Super clean copies are hard to find.

What to look for:

Look for clean records, maybe still in the shrink and if possible, have their hype stickers still in place. It's probably best not to have writing on the covers or vinyl labels, meaning no one wrote their name or initials on the cover. You also want to make sure that the original inner sleeve is included if possible and is in good condition. Additionally, the lyric sheets, posters, and any extras if they were part of the release should be present and in good shape. 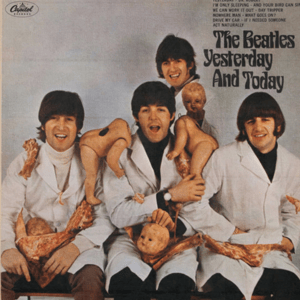 Some albums are harder to find than others. This could be for many reasons. This one is tough to help you with because each record that is rare is usually rare for its own reason.

What makes some of these records rare?

Here are some of the main reasons: The album was pressed from a small independent label, or perhaps it didn't sell well. Promo copies of a record could make them rare because they're generally only made available to radio stations for promotional purposes. They typically feature a marking on them, the labels on the records are sometimes white, and sometimes there is a white promo track listing sticker on the front cover for use at the radio station. Some releases have gold stamps indicating that they're promos as well. These are desirable for their sonics since they're amongst the first to be pressed, meaning the stampers are still fresh. But also, they're more scarce because they're not made in mass. 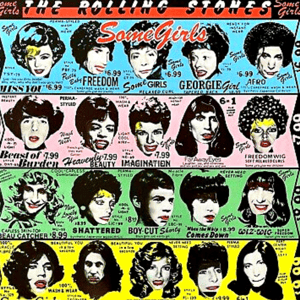 It is popular to have multiple versions or variations of a record; colored vinyl instead of black, different covers, deluxe packaging vs. standard, etc. Some of these variants are highly sought after. Record Store Day releases, for example, can feature variants of an album with limited quantity runs. However, in the past, variants exist mainly because the front covers were banned in the vintage realm. Some of these include the famous Beatles butcher cover, Lynyrd Skynyrd's fire cover, Rolling Stones Lucille cover, Guns N' Roses robot cover, Bob Dylan's girl in the gatefold cover, etc. These were all printed, banned and destroyed, or covered up. Getting a banned cover means you nabbed an early copy of the album, AND it's hard to find.

Usually, you will see if a record is a limited run on the hype sticker. Some others will have gold numbers on the back or, as MoFi did it for years, use a black magic marker to write the number of copies. There are two numbers you want to look at if you're collecting limited runs. You want the left number to be as low as possible and the number on the right to be as low as possible. For example, if you find a #002/250, I would undoubtedly treasure that one. However, if you have a #9967/10000, though not as collectible, it's still a very limited run for a record.

Collect and Encapsulate whatever you want

Hopefully, this article has helped you start your encapsulated vinyl record collection. However, you can collect and encapsulate whatever vinyl record you want. The best thing about this hobby is to enjoy vinyl records. Listen to them, collect them, invest in them; collect responsibly, buy a copy to grab and another to slab. We need to keep the music and the music stores alive! Keep spinning (and slabbing) the good stuff! Deep-Clean Your Brand New Vinyl Records—Learn Why, It's Shocking!